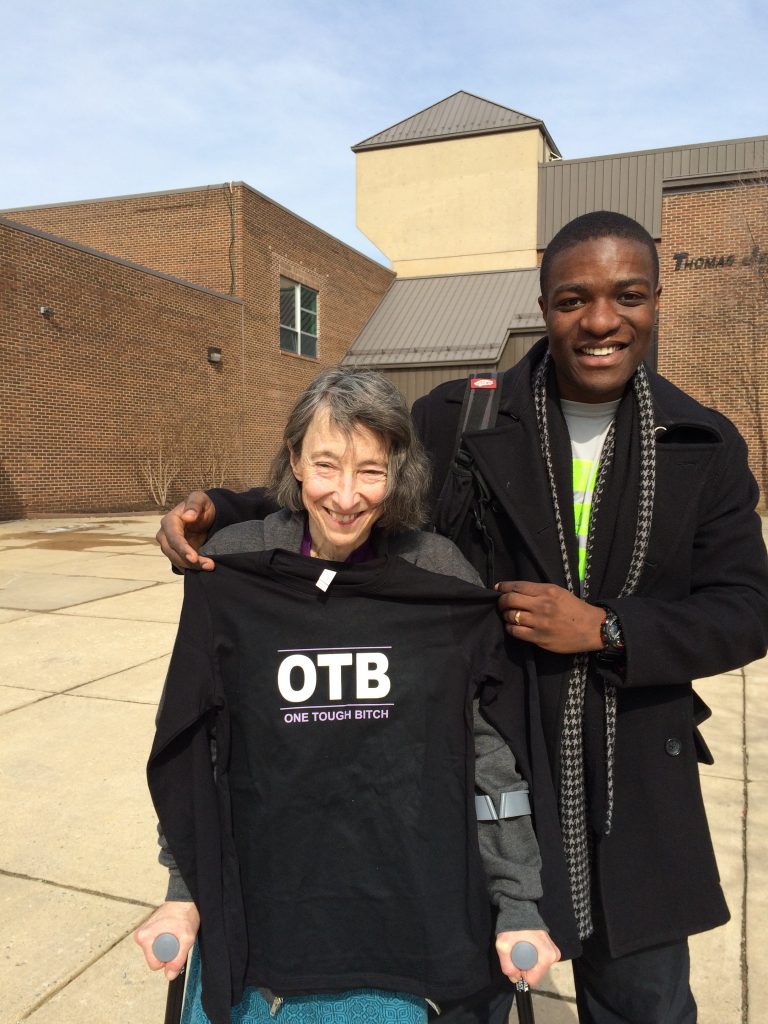 Lynn Kristianson was One Tough Bitch.

An avid cyclist, Lynn did not drive a car, and knew every road in the DC area by heart. Her involvement in the DC area cycling community had a broad reach – Babes on Bikes, the DC Randonneurs, the Potomac Pedalers, and our group, the eBabes. The “e” is for early mornings, and what early mornings they were! Late in the spring of 2008, Lynn sent out a ride announcement declaring her intention to ride at 5:30 am, just hoping someone would join her. A few of us actually did, much to Lynn’s delight, and then we met again, and again, and again. Lynn was strong and inspiring, a natural leader. She was direct, challenging, and prompt…but also caring, funny, and affectionate. And so we kept coming back for more. Lynn was a treasured friend and mentor who believed in us – even when we didn’t believe in ourselves. No matter how tough the climb, how many miles we had left to ride, how much wind was in our face – she believed we could do it. So we did!

Together, striving to keep up with Lynn, we quickly formed a bond that can only come from such a challenging and unique experience. But it wasn’t all pain and suffering – occasionally, Lynn showed her sweet side! We recall fondly when she surprised us with an unexpected break, pulling out a delicious confection from her pack to commemorate someone’s birthday. By late summer of that first year together, there were plans for a century ride. Then in the fall, we rode the Blue Ridger, with kudos from Lynn: “You all did so well. I am proud of you. What a bunch of babes.”

On February 22, 2014, Lynn was struck by an SUV in a hit and run incident. She was badly injured and almost died, but she pulled through. Her recovery was very challenging. Five months after the accident Lynn had to have part of her left leg amputated. Then, in November, she was diagnosed with advanced rectal cancer. She was a fighter! It was during her cancer treatment that she adopted the mantra One Tough Bitch to motivate her to keep fighting. We had T-Shirts made and supported Lynn as she fought, and then ultimately lost, her battle with cancer on June 3, 2015.

Lynn was a treasured mentor and close friend. We miss her dearly but mostly we just smile when we think about our escapades on the long and hilly roads of Virginia. Spending time with Lynn strengthened our mental and physical endurance and taught us feel the pride that comes from doing something difficult, from being stronger than we thought we were. Lynn was a skilled cyclist, a talented baker, a determined gardener, and fierce leader. One of her lasting gifts was her ability to bring strong women together and help nurture lifelong friendships between us.

Lynn was our fearless leader and we are eternally grateful for all that she gave us. Thank you, Lynn. You did so well. We are proud of you. What a babe.